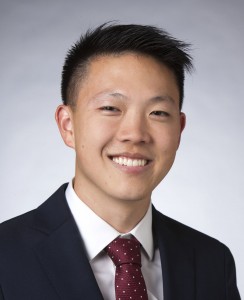 HechtSolberg has named David M. Gao an associate with the firm, which provides counsel on all real estate matters, including business and finance transactions; land use, planning and entitlements; common interest developments; and litigation and risk management.

“David was a summer associate with us in 2014 and we’re delighted to welcome him as an associate. David brings a distinctive international background to HechtSolberg that will serve our clients well,” said Mickey Maher, managing partner of the firm. “David, who is conversationally fluent in Mandarin, interned with a law firm in Beijing and, as a student at UCLA Law, visited villages in eastern Congo to help diminish the negative consequences of mass rape through the Sanela Diana Jenkins Clinic on Gender Violence,” Maher said.

Gao, who was admitted to the State Bar of California in 2016, graduated from University of California, Los Angeles (UCLA) School of Law, where he was co-editor in chief of the UCLA Asian Pacific American Law Journal, which focuses on the legal, social and political issues affecting Asian Pacific American communities. He was an intern with the UCLA Athletics Compliance Department and an extern for Hon. Judge Roger Benitez, U.S. District Court, Southern District of California. He also volunteered with the El Centro Legal Asian Americans Advancing Justice Citizenship Clinic.

Gao graduated with a bachelor’s degree in Literary Journalism from the University of California, Irvine, where he was editor in chief of the New University newspaper.

You can find out more about which cookies we are using or switch them off in settings.

This website uses cookies so that we can provide you with the best user experience possible. Cookie information is stored in your browser and performs functions such as recognising you when you return to our website and helping our team to understand which sections of the website you find most interesting and useful.